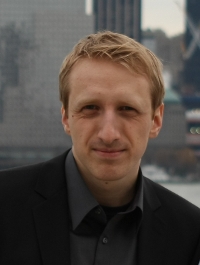 David Eckhoff is a Principal Scientist and the Director of the MoVES (Mobility in Virtual Environments at Scale) laboratory at TUMCREATE, a research institute by TU Munich in Singapore. David received his Ph.D. degree in engineering (Dr.-Ing., with distinction) and his M.Sc. degree in computer science (Dipl.-Inf. Univ., graduating top of his class) from the University of Erlangen in 2016 and 2009, respectively. In 2016 he was a visiting scholar with the group of Prof. Lars Kulik at the University of Melbourne, Australia. In October 2016, he joined TUMCREATE in Singapore in the group of Prof. Alois Knoll. In 2021 he initiated the MoVES lab, a joint laboratory with Huawei to push the boundaries of large-scale microscopic simulation with CityMoS, the City Mobility Simulator. His research interests include privacy protection, smart cities, vehicular networks, and intelligent transportation systems with a particular focus on modelling and simulation.